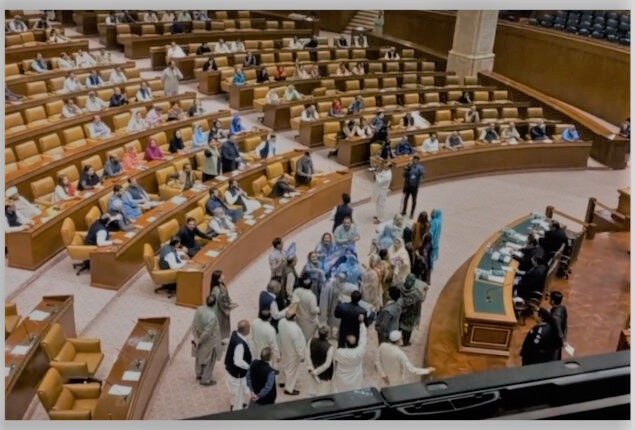 LAHORE: The political temperature in the province has risen after the Speaker of the Punjab Assembly, Sibtain Khan, refused to convene the session for a no-confidence vote today, despite the Governor’s suggestion.

Following the Governor’s two-page charge sheet for the vote of confidence, the Speaker of the Punjab Assembly gave a two-page decision.

The Speaker issued a decision yesterday night declaring the Governor’s call for a special session unlawful.

It should be noted that the Punjab Assembly’s Speaker, Sibtain Khan, has postponed all agenda items till Friday, December 23.

The Punjab Assembly (PA) session was delayed without any proceedings until December 23 (Friday) amid a commotion by the opposition.

Governor Punjab Baligh ur Rehman has directed Chief Minister Punjab Pervaiz Elahi to call a vote of confidence on December 21 and has called a provincial assembly session for Wednesday, December 21, 2022.